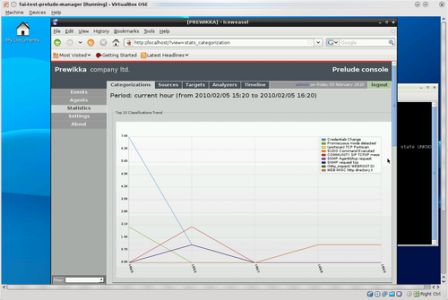 I’ve created a project in redmine for SIEM-live, so there is now a wiki, a tracker, and a repository. I’ll add some documentation and instructions on how to build the CD soon.

Contributors would be gladly accepted :)

I’ve also updated the Git repository for recent versions of live-build, where all variables have been renamed without keeping compatibility :/

The bug where booting with no network (no DHCP, for ex.) made many command fail with a weird error message has been fixed:

For the record, this was caused by .. IPv6 ! Disabling it during the configuration sequence fixes the problem.